Health care’s integration with information technology remains inconsistent as of today. Supercomputers helped fuel the genomics revolution, which was a critical success for the health care space. On the other hand, the transition to electronic medical records has been a promise never fully realized. The rapid adoption of wearables, though, leaves little doubt that electronics is poised to make a large impact on health and medicine.

As Gigaom Research analyst Jody Ranck writes in his forthcoming report on health care and the internet of things, sensors and other electronics will drive tremendous innovation in medical devices, building off the current momentum in fitness and wellness devices. Much of this development is centered on making devices ever smaller, from ingestible sensors in the form of pills to nanowires and lab-on-a-chip technologies.

This focus on miniaturization is no surprise. Silicon electronics has relentlessly followed Moore’s Law for the last 40 years, exponentially…

Social network / recruiting service LinkedIn on Friday announced they’ve achieved a big milestone in surpassing 300 million members. Unsurprisingly, a large portion of the site’s growth has come from mobile – a demographic that is expected to account for 50 percent of all global traffic later this year.

In a blog post on the matter, LinkedIn highlights the fact that members in dozens of regions including Costa Rica, Malaysia, Singapore, Sweden, United Arab Emirates and the United Kingdom already use the service more on their mobile devices than on their desktop computers.

Toshiba is upping the ante in the microSD card department, launching new high-end cards  that they’re calling the “world’s fastest”. Using the new UHS-II SD card specification, these microSD cards are designed for 4K video recording, giving cameras too small for a full-sized SD cards the storage speed they need.

The vast majority of those taking advantage of free, open-source software such as OpenSSL do nothing to contribute to its development—and that’s part of the problem.

Every day brings new reports of the threats posed by the Heartbleed bug. But the discovery of Heartbleed has also unearthed a scandal that’s plagued the open-source community for years. The scandal is that giant enterprises are doing nothing to contribute to the development, testing and validation of the free software on which they depend. They are takers, pure and simple. Nothing makes this more obvious than the details revealed by the German developer who was responsible for the bug in the first place, Dr. Robin Seggelmann. Dr. Seggelmann, it appears, was spending his end-of-the-year holiday working to fix bugs in the first version of OpenSSL, the encryption software that was becoming a standard on the Internet. While he was at it, Seggelmann developed…

The possibility of building an underground “atom-smasher” four times the size of the Large Hadron Collider is to be explored by experts.

The decision follows a high level meeting of scientists this week in Geneva, near the European particle physics centre, Cern. 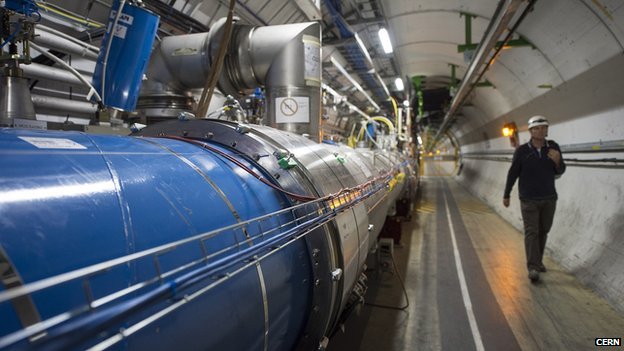 The proposal is for a 100-km tunnel which would encircle the Swiss city.

It would reach to the Alps in the east, the Jura mountains in the west and even go under Lake Geneva.

Maps showing the proposed route reveal that it dwarfs the existing LHC, which is itself a world record beater as a science facility.

Dr Rolf Heuer, director general of Cern, who opened the meeting, argues it is already time to start thinking about what will follow the LHC, even though that machine has only been running a few years.

“We have very long lead times,” he explained, “because our projects are ambitious, and they…