The first total eclipse of the moon since December 2011 will be visible in North America, just in time to greet last-minute tax filers in the United States.

However, many Americans may not be in a good place to see the eclipse because of cloudy and rainy conditions.

The total lunar eclipse, resulting from the Earth’s position between the moon and sun, will occur early Tuesday morning, EDT. 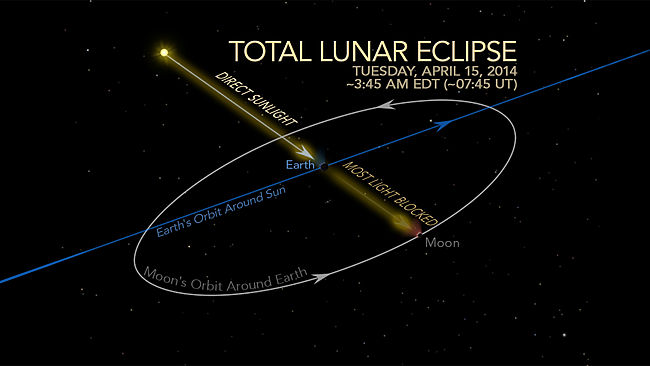 Viewing conditions will be poor in the eastern United States, except for South Florida, AccuWeather.com Meteorologist Brian Edwards said.

“A front will stretch from central Quebec down through the Appalachians into the Gulf Coast,” Edwards said. “It will bring clouds, showers and even thunder in the South and mid-Atlantic. It will be mostly dry but clouds…